The Kind of Face You Slash - Day 7: Passengers Are Advised to Seek Other Forms of Transport 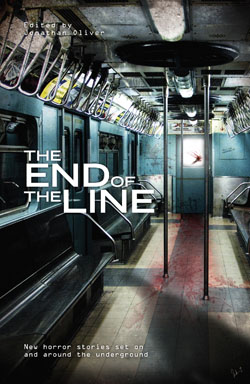 Genre fiction of all kinds very often produces anthologies with a very specific theme. These can be vague, such as Harlan Ellison's pair of Dangerous Visions books, which commanded the writers to write the kind of transgressive stories they'd been holding back on due to the belief that editors wouldn't touch them, or they can be just "Look, vampires again!" kinds of things, or they can be very specific, such as the series of themed anthologies put out by the Horror Writers of America in the 1990s. I haven't read much at all from any of those books -- "Maybe later this month?" he sort of half promised -- but I've always been intrigued by Freak Show, edited by F. Paul Wilson, which was intended to be read as a novel, but with each chapter also functioning as its own story, and each written by a different author. The other two, Under the Fang, edited by Robert R. McCammon, and Deathport, edited by Ramsey Campbell, are about a world taken over by vampires and a haunted airport, respectively, but neither is meant to cohere in the way Wilson's is. This always seemed like a missed opportunity to me, but what do I know. The point is, this sort of thing is common in genre fiction, and not anywhere near as common in mainstream non-genre fiction anthologies, though I imagine several such collections belong to the "Oh no I'm 30!" genre, just by default.

From the world of horror fiction, you can expect a good handful of anthologies to come out every year, and one that sort of wormed its way into my consciousness recently so that I said "Okay fine" and tracked down a copy, is publisher-writer-editor John Oliver's 2010 collection The End of the Line. The theme of this one is subway horror, which is actually really kind of a whole subgenre, certainly on film, with your Raw Meats and your Terror Trains and whatnot. This certainly seems logical. The "sub" part of "subway" stands for "subterranean" after all; just throw in an "eldritch" and your halfway to a horror story right there. Just recently I spent a short period of time on Washington, DC's Metro, a system I've taken many times in my life, but not recently, and I became very nostalgic about the whole process once the train I was taking (the Red Line from Silver Springs into Woodley Park, if you must know) left the above-ground, open air tracks and sank itself down into the dark and cavernous underground stations. Those Metro stops are very gray and domed and cool, and although it's all very pleasant (to me, at least), it also wouldn't be hard to imagine something quite terrible occurring there. Of course the populace of New York City would doubtlessly argue that nowhere in the world has more horror atmosphere that that city's subway system, before telling you to buy a hot dog boiled in papaya juice or whatever the fuck, but everybody knows that London wins this contest anyway, by virtue of naming their subway the London Underground, which frankly is just asking for it.

Oliver, as most editors do, wanted a variety of subway horror stories, and in his brief introduction he claims to have gotten that exact thing. At this stage of my reading of The End of the Line, I couldn't say if I agree or not, but he claims to have everything from funny to mournful to garish to violent to quiet taken care of by one story or another. My own story selections for today were based on whether they'd been written by writers I knew little, but wanted to know more, about. This caused me to land on "On All London Underground Lines" Adam Nevill (sometimes credited in tables of content and book covers as "Adam L. G. Nevill," don't know what that's about), and "Fallen Boys" by Mark Morris. Nevill, an Englishman (as are most of the writers in this book) just recently became known to me via the publication of his American debut novel, called The Ritual, which has a terrific cover and sounds like it might be, as I often like to say, "really good." Morris (another Englishman) I've known about for a while, and have collected a small number of his novels over the years with every intention of reading them. I did start one, The Horror Club (originally called Toady in the UK), but found his depiction of childhood to be rather, well, dull, and I bailed. I do not claim this means anything much at all about Morris as a writer, or even my opinion of him as a writer, but I felt it would be wrong to not be honest with you. 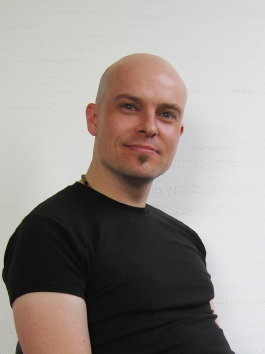 Nevill's "On All London Underground Lines" is a good story. So that's that out of the way. It has what seems to me to be an interesting hook to it, or more specifically an interesting source for its horror, which is the daily grind of commuting to work via the subway. I myself have never had to do that, which is no doubt why I retain a somewhat romantic idea of this form of public transportation, but I can well imagine the frustration. But in Nevill's story, it only begins as frustration, as his nameless narrator, facing one train delay after another, quickly does the math and realizes that even if things move smoothly from here on out he's still going to be late to work, and moves, and moves the character, along into some nebulous and bizarre nightmare of waiting and slowly dying:

I turn about and re-enter the darkened tunnel...[H]alf way along the tunnel, I become aware of voices close to the floor. A muttering. I look down and in the thin light I see the suggestion of a group of bodies huddled together and moving slowly. They are pressed into the wall and on all fours, groping forward as if searching for something that has been dropped.

This may not sound appealing to you, but this kind of thing is essentially all that "On All London Underground Lines" is comprised of, though even stranger, more unnerving things drop in and out, like a mysterious trio of elderly people who the narrator bumps into, a woman that appears beautiful from a distance, a kind of busker that is described in a way that makes him sound like an undead leper, and glimpses of several commuters' hideous thinness. The story is designed to be a slog, although by that I don't mean it's boring or difficult to read, but rather that the slog of it all is the horror, and just what the fuck are the, we, all doing down there anyway. It's a compelling concept, though if I have a problem with Nevill's story is that it expands on this concept at times to make it a bit too specific. From time to time Nevill alludes to the financial aspect of the subway system, and if the government is going to such and such then how dare they so and so? It brings to mind the lyric from "Charlie on the MTA" that goes "Fight the fair increase/Vote for George O'Brien!" Not that Nevill ever homes in quite that narrowly, but still. There's just a touch of goofy politics in a story that worked perfectly well, and made the same point, without it. 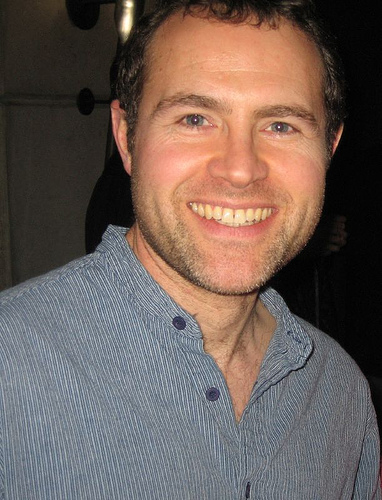 Mark Morris offers a different take on Oliver's theme by setting "Fallen Boys" partially on a coal train that is carrying the members of a school field trip into an old abandoned mine, now underground museum of sorts. So the horror in this story has very little to do specifically with subways or even trains, other than as a conveyance to a much more traditional horror environment. Which is fine by me because I didn't edit the book, and "Fallen Boys" is a good one, too. Not only is the environment a familiar one for horror, but "Fallen Boys" as a whole is, too -- or let's say "classical." Told from the point of view of Tess Morton, one of the two teachers chaperoning the trip, the story focuses on her, as well as one of the children, Matthew Bellings, a fragile, often bullied young boy who Tess alternately pities and is frustrated by. She even dislikes him:

For a while Tess had taken pity on the boy. She put herself out, spent extra time with him, in an effort to prise him from his shell. Matthew, however, had remained not only unresponsive, but so sulky and ungrateful that in the end she had given up.

So frustrated is she that when she is attending to a wailing Matthew following a relatively minor, but macabre, bit of harassment, she accidentally lets slip the words "Don't be a baby."

Morris approaches the subject of bullying in a rather interesting way, by, if not rendering Matthew unsympathetic -- we only have Tess's take on the whole thing, after all, and know nothing else about Matthew outside of her point of view -- simply describing it as one of the unfortunately day-to-day facets of childhood. The bullies aren't cartoonishly terrible; they're terrible in the way children are. The horror, meanwhile, takes the form of a genuinely creepy ghost story, which begins as what could be an urban legend related by the group's tour guide when asked if anyone had ever died in the mines (and his story is, you know, curiously relevant), before Morris finally reveals what we already knew, which is that this was no urban legend.

"Fallen Boys" is a simple story, really, but strong, with a very effective final image. Morris's refusal to exaggerate his subject, and to create easy villains, only helps his story, and Matthew, whatever Tess might feel about him, by the end is nothing more or less than pitiable. What happens at the end wasn't his idea, or his fault, and he's just as terrified, if not more, than anybody. He can't win, this kid.
Posted by bill r. at 10:22 AM

Labels: Adam Nevill, John Oliver, Mark Morris, The End of the Line, The Kind of Face You Slash