The Kind of Face You Slash - Day 13: My Father Dreamed of Blood 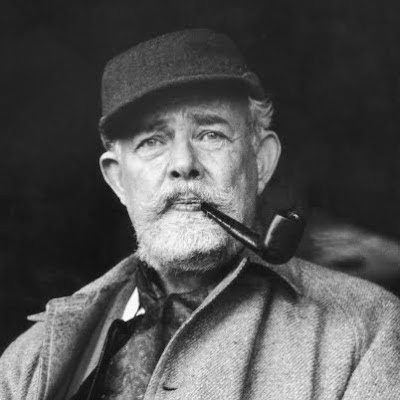 Some days ago, when I was working on my post on J. G. Ballard and Elizabeth Jane Howard, I was flipping through editor Michele Slung's Shudder Again, the anthology from which the Ballard and Howard stories were taken, and I saw a story there by T. H. White called "Kin to Love." "Oh," thought I, "the guy who wrote that book I never read. I didn't know he wrote horror stories. Isn't that something." (The subtext of that, in case you missed it, is that I've never read The Once and Future King.) Then I read Slung's introduction to "Kin to Love" where she says:

The lasting reputation of Terence Hanbury White rests entirely on the appeal of his drolly rehashed Arthurian epic...But White's other writing, which includes such short stories as the unforgettably outrageous monster tale "The Troll," is little known.

It sure is little known; I know that because before that I'd never heard of "The Troll" or even "Kin to Love," despite owning a book that contained the latter. But boy did the words "unforgettably outrageous monster tale 'The Troll'" perk my ass right up. So very quickly I did what was necessary to obtain a copy of "The Troll," which I read, I made the executive decision to read "Kin to Love" as well, and here we are.

His name was Edward Norvic, an orphan. His few friends called him Rudy, which he hated. Although he had yellow hair, he had long, black eyelashes which fanned his cheeks. In shape and figure he looked like Donatello's statue of the adolescent David, or was it Perseus? He was sometimes pursued by a middle-aged scoutmasters or shifty clergymen, and had more than once succumbed to them, to his grief, although his nature was fiercely heterosexual. About this, as with money, he was not reliable. He deplored his weakness. He chased females persistently, not confidently, unaware of his attractions, so that his uncertainty made him unsuccessful and furtive in following the pursuit.

If he was a Valentino at all, he was a secretive, lonely, introverted specimen of the type, who brooded about sex and despised it and dreaded his lusts.

This passage pretty neatly lays out White's style here -- it's matter-of-fact, as well as ironic. The matter-of-factness is itself ironic, and the irony is matter-of-fact. He would reach sardonicism if the story wasn't so sadly resigned to its own outcome. There's no cynicism because White seems to constantly be asking "Why did this happen?" That it did is a given, and will continue to be a given until the Earth crashes into the sun, hence White's barely audible choking laugh from the gallows that takes the form of this, part of White's description of the victim...

She was afraid of what she anxiously called Doggies, though she tried to be polite to them. The ones who detected this weakness treated her with contempt and animosity, as if she were a postman, while the ones who liked her tried to jump up -- an approach which she believed to be menacing.

She had an amethyst brooch in the shape of a lucky spider.

...but that inevitability will never actually make any of this funny. In "Kin to Love," White fully understands, and can exactly reproduce, the peculiar emotion that accompanies any thought that begins "And as if that wasn't sad enough...," that makes us recoil and almost smile, because why not?

This, I should make clear, is not really what "Kin to Love" is "about." It's about sexual desire that has twisted itself, and death, but the very broad irony of the story's last line manages to be eerie, disturbing, and, well, inevitable.

"The Troll" is something else again, not really concerned with anything a person might encounter in their real life, either directly or through the newspapers, but rather here White is concerned with what it would be like to encounter something impossible, and to know you're not dreaming or insane. "The Troll" takes the form of a story told secondhand -- the narrator is telling a story his father told him about a time when the father took a fishing vacation to Abisko, "one hundred and fifty miles within the Arctic circle," where he got a hotel room, went to bed, and had a dream.

"I may as well make it clear at once, as clear as the outlines of that creature in the northern sun, that his story did not turn out to be a dream in the last paragraph," White writes. I suppose he felt the need to make this clear because when the father awakes from a dream in which blood flowed through the keyhole of the door separating his hotel room with the one next door, he does what any reasonable person would do after such a dream and goes to the keyhole and looks through it. And:

What my father saw through the keyhole in the next room was a Troll. It was eminently solid, about eight feet tall, with yellow eyes, and on its head there was a woolly sort of nightcap with a red bobble on top. The features were Mongolian. Its body was long and sturdy, like the trunk of a tree. Its legs were short and thick, like the elephant's feet that used to be cut off for umbrella stands, and its arms were wasted: little rudimentary members like the forelegs of a kangaroo....The Troll was eating a lady."

It is very important to understand that the father actually sees this. White is not interested in ambiguity here, although a portion of the story is concerned with the father trying to confirm the truth of this to himself, and pondering whether the confirmation of the existence of man-eating trolls or his own madness would be preferable. Anyway, it's an excellent story, a horror story that is actually unique, a bizarre story in which, for once, the bizareness impacts everything else, in which a strange thing must be wrestled with as a strange thing, and how a person's life and point of view must necessarily be completely altered after the fact. It's funny, grotesque, unsettling, and new, even though at this point it's rather old. You can read it here.
Posted by bill r. at 1:16 PM

Labels: T. H. White, The Kind of Face You Slash