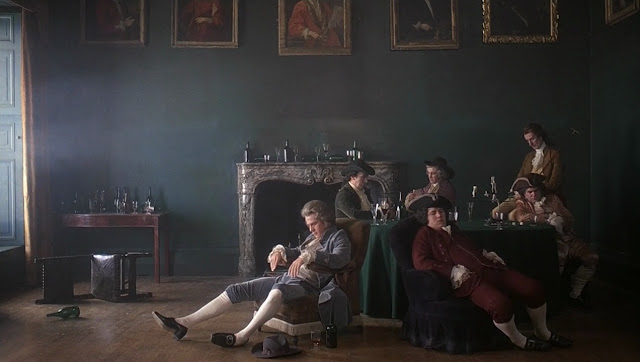 10 Rillington Place (d. Richard Fleischer) - One of the only films to deal with the subject of serial killers that presents the full, depressing picture. If serial murder doesn't depress you, then something's up.

1984 (d. Michael Radford) - I have no particular interest in Michael Radford, but I'll be damned if everything didn't just fall together here. This Orwell adaptation is exquisite, and the casting of John Hurt is so inspired as to seem inevitable.

2001: A Space Odyssey (d. Stanley Kubrick) - I don't know what I could possibly add to the discussion at this point, so I'll stick to pointing out that seeing this on a massive screen in the 90s changed my life. For the better? You make the call!

3 Women (d. Robert Altman) - I am very, very tired of the arguments about whether or not a given horror film is or is not actually a horror film, and in response I've embraced my own definition of the genre, which is that a horror film is whatever I say it is. 3 Women is a great horror film.

The 7th Victim (d. Mark Robson) - One of the great films about a Satanic cult; the ending makes this for me the ultimate Val Lewton production.

A.I.: Artificial Intelligence (d. Steven Spielberg) - I'm not comfortable living in a society in which the greatness of A.I. is still a matter of debate.

The Abominable Snowman (d. Val Guest) - Maybe the best Hammer film not directed by Terence Fisher, this movie successfully imbues its title creature and its environment with a quality of awesomeness.

Ace in the Hole (d. Billy Wilder) - I'm not a big fan of Wilder's comedies, but when his skewed cynicism is in full bloom there were few better. Kirk Douglas Kirk Douglases the shit out of this movie.

The Act of Seeing With One's Own Eyes (d. Stan Brakhage) - I watched this during an unhappy, even-more-morbid-than-usual period of my life. Let's just say that whatever trick I was hoping Brakhage's silent autopsy film would do, it did it.

The Act of Violence (d. Joshua Oppenheimer) - The documentary as evil dream. 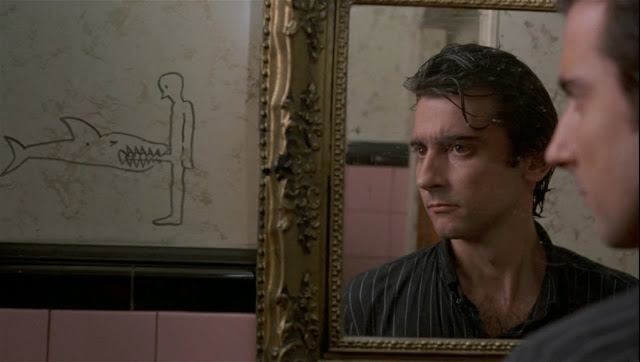 Air Force (d. Howard Hawks) - Somewhat dismissed now, I'm told, as a propaganda film, it may well be that, and so what? It's a thrilling, bracing war film. Besides, how many war-time propaganda films feature as a theme young men who are killed in action before they are able to do anything?

All That Jazz (d. Bob Fosse) - Wrote about it here.

The American Friend (d. Wim Wenders) - Wrote about it here.

American Graffiti (d. George Lucas) - Visually and sonically gorgeous, cynical and not, romantic and not, exactly in tune with what the late hours of the night and the early hours of the morning look and feel like. Remarkably cast. Lucas's masterpiece. Long live Wolfman Jack.

An American Werewolf in London (d. John Landis) - The obvious skill, inventiveness, and sheer entertainment value of this film make including it a fairly easy choice. But at the same time, as my friend Glenn Kenny says, "Fucking John Landis."

Angel Face (d. Otto Preminger) - In the running for the best ending in noir history.

Anomalisa (d. Charlie Kaufman and Duke Johnson) - One of the most singularly beautiful and moving films of the 2010s. Both unassuming and spectacularly inventive, this is a magnificent piece of modern art.

Apocalypto (d. Mel Gibson) - As good an action film as has been made since the 80s.

Ararat (d. Atom Egoyan) - A film about the Armenian genocide that depicts that slaughter as a film within a film. Not an easy movie to describe, really, but I've been haunted by it for over a decade. 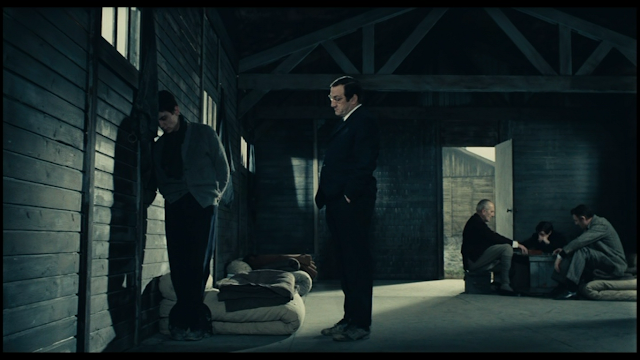 Assault on Precinct 13 (d. John Carpenter) - This film proves that there's some Melville in Carpenter.

Auto Focus (d. Paul Schrader) - Speaking of John Carpenter... Before embarking on the task of making a film about the life and murder of Bob Crane, I imagine the biggest issue would be figuring out the tone. Schrader figured it out.

The Bad and the Beautiful (d. Vincente Minelli) - Big points for the nods to Val Lewton, and for being a kind of merciless film. Until it isn't, of course, but still.

The Ballad of Narayama (d. Keisuke Kinoshita) - Wrote about it here.

Barry Lyndon (d. Stanley Kubrick) - Cinema's greatest pistol duel. All the other stuff in the movie -- you know, all the technical and artistic innovations that changed movies and that Kubrick worked so hard on so that his film could achieve the specifically cinematic heights he imagined for it, and which cause some critics of Barry Lyndon to say "Jeez, Kubrick's such a boring goon!" -- all that stuff is also good.

Barton Fink (d. Joel and Ethan Coen) - Miller's Crossing in 1990 and then this in 1991 were as thrilling a pair of cinematic experiences as I've ever had or ever expect to have. Barton Fink is a stunning piece of dark movie/literary grotesquerie. It's also a hilarious horror film.

Bay of Angels (d. Jacques Demy) - Wrote about it here.

Beau Travail (d. Claire Denis) - The ending of this film is evidence of a filmmaker being fully confident that she is making the correct artistic choices. Which she is.

Beneath the Planet of the Apes (d. Ted Post) - I honestly believe that the first three sequels to Schaffner's original classic are, by and large, vastly underrated. These movies take bigger chances, and are darker and nastier and more complicated than any major Hollywood franchise I know of. Check out James Franciscus's face when he winds up where he winds up in this one. 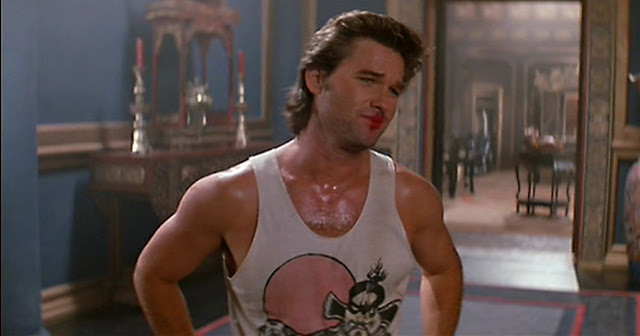 Big Trouble in Little China (d. John Carpenter) - Kurt Russell performing without ego. What a lot of 80s genre movies wanted to be, but didn't have the guts to put themselves out there.

Black Christmas (d. Bob Clark) - After many viewings, Billy's phone calls still make the hair on my neck stand up. Hell of an ending, too.

Black Hawk Down (d. Ridley Scott) - On the very short list of the great combat films of the modern era.

The Black Torment (d. Robert Hartford-Davis) - Wrote about it here.

Blue Collar (d. Paul Schrader) - Would qualify for this list for the opening credits alone.

The Blues Accordin’ to Lightnin’ Hopkins (d. Les Blank) - Would qualify for this list for the little boy with the umbrella alone.

The Blues Brothers (d. John Landis) - Everything I said about An American Werewolf in London multiplied by two, with the addition that compared to modern comedy films, The Blues Brothers looks like Michael Powell directed it.

The Body Snatcher (d. Robert Wise) - The film that made me love Boris Karloff.

Bone Tomahawk  (d. S. Craig Zahler) - A bizarre mix of literary Western and exploitation horror, with a stacked cast. It also has a scene violent enough to drive people from the room.

Le Bonheur (d. Agnes Varda) - I wasn't sure how I was feeling about this as I watched it, until the ending instantly brought to mind a certain Randy Newman song, and I was on board. 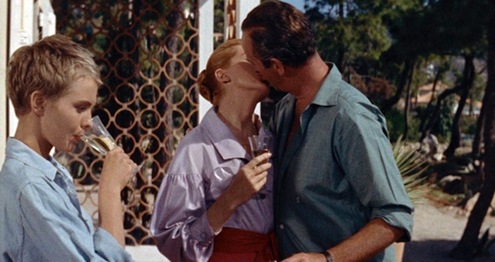 Brazil (d. Terry Gilliam) - As great now as it was when I first saw it. This is one of those films that has seemingly always been with me, funny and ghastly and wondrous.

Breakdown (d. Jonathan Mostow) - An entirely effective thriller, but it makes the list because it offers the best evidence I can think of that Kurt Russell is a great actor.

Bride of Frankenstein (d. James Whale) - "I love dead...hate living" is the whole film, chilling and sad, judgmental and mournful.

Bridge of Spies (d. Steven Spielberg) - We are officially taking Spielberg and Tom Hanks for granted.

A Bridge Too Far (d. Richard Attenborough) - No, it's not perfect. But did you see Sean Connery shoot that Nazi through the window?? Suh-weet.

A Brief History of Time (d. Errol Morris) - Wrote about it here.

Bring Me the Head of Alfredo Garcia (d. Sam Peckinpah) - "Am I still gonna get paid?" Oh, Sam.

Broadcast News (d. James L. Brooks) - The one Brooks film in which everything he's trying to bring together does finally come together. Albert Brooks and Holly Hunter are through-the-roof good. 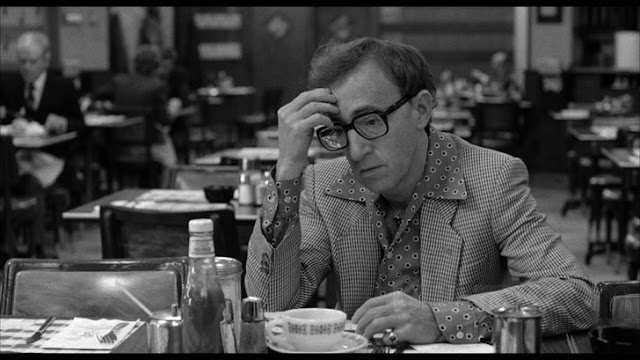 Broadway Danny Rose (d. Woody Allen) - If pressed on the matter, I'd say this is my favorite Woody Allen movie. In addition to being his funniest, it's also his most impeccably calibrated.

Broken Flowers (d. Jim Jarmusch) - Jarmusch's version of an existential mystery. This had to star Bill Murray, or no one.

The Brood (d. David Cronenberg) - Wrote about it here.

The 'Burbs (d. Joe Dante) - I'm not a big Dante guy, but boy do I love this movie. That the somewhat controversial ending subverts the message-movie climax it seemed to be satisfied with is merely one if its many joys.
Posted by bill r. at 5:05 PM

Le Bonheur is such a weird, marvelous, strange thing. I may never figure out quite what to make of it, which is why it's so good.