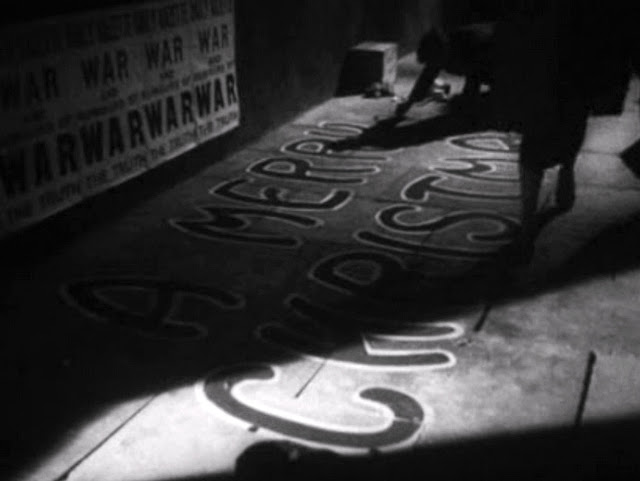 Recently I've been catching up a little bit with the major novels of H. G. Wells. One of those is perhaps his most famous work, The War of the Worlds, from 1898. Late in that novel, after it seems well-established that mankind is doomed to at best, or perhaps at worst, to wind up its time in the universe as ants to the terrifying Martians who have brutally invaded Earth, the unnamed narrator is faced with a terrible moral dilemma as the behavior of the man to whom he has found himself unwillingly hitched, a curate who is also unnamed, becomes increasingly unhinged and threatens to expose them both to the nearby aliens. The steps the narrator takes to save himself help to shape the novel into a somewhat fascinating look at the shifting morals of people in extreme crisis, but it's not what interests me at the moment. What interests me is what the curate says at one point that helps lead the narrator to conclude that the man has gone insane:

"It is just, O God!...It is just. On me and mine be the punishment laid. We have sinned, we have fallen short. There was poverty, sorrow; the poor were trodden in the dust, and I held my peace. I preached acceptable folly - God, what folly! - when I should have stood up, repent!...Oppressors of the poor and needy....The wine press of God!"

Disjointed, I think we can agree, not to mention simplistic in his willingness to throw all of humanity on the trash heap for what he regards as his own failings. I don't believe Wells would disagree with those objections, but it's also pretty clear, even if you know just a little bit about Wells (for the record, I know just a little bit about him), that the general sentiment behind the curate's word is one he would embrace. Social reform, in the form of Socialism, and pacifism, among other perhaps related philosophies, drove much of his writing life, which was far more expansive than most people realize. But what I find somewhat interesting about the curate's rant is that it's meant to be the key to the reader that the character is now beyond saving. This can be taken any number of ways, I suppose, among them that this is simply an example of the stock sandwich board-wearing madman shouting mad prophecies that, we only realize later, contained at least some truth. In any case, it sets up a conflict within The War of the Worlds between how we might wish to be and how catastrophe sometimes forces us to be. 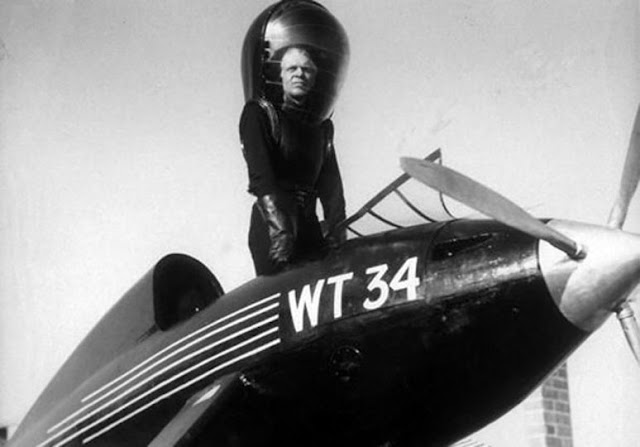 In his excellent commentary track for the upcoming Criterion release of Things to Come, the Alexandra Korda-produced, William Cameron Menzies-directed, but H. G. Wells-dominated 1936 science fiction social and technological "history," David Kalat points out that this sort of conflict, even contradiction, between Wells's early fiction and his politics was not uncommon, and not lost on Wells himself. This understanding helps lock Things to Come, which was based on Wells's 1933 book The Shape of Things to Come, as a kind of deck-clearing, with the space created meant to be filled with this film: This Is What I Believe. And you shouldn't be concerned that those beliefs might be expressed too subtly for you to grasp -- this is the kind of film in which one soldier races to the side of one of his wounded comrades and says "When will we stop murdering each other!?" Things to Come is an intense piece of rhetoric and sermonizing, mixed with equally intense predictions (which obviously go hand in hand with the former), ambition, and cinematic design. As Kalat makes clear in his commentary, the world and ideas and people, such as they are, and intellectual and moral force were all Wells, while the visuals of the film belonged to William Cameron Menzies, the legendary production designer and art director, who also turned his hand to directing his own movies from time to time. As a director, Menzies' most famous film would have to be 1953's visually wonderful Invaders from Mars, but, while the goals are rather different, his work in Things to Come is no less impressive. The model work here, of which there is a great deal, struck me as practically seamless, and the progression through time of the film -- from 1940 to 2036 -- feels both believable and natural.

Things to Come is really the perfect vehicle for Menzies' talents, in that it doesn't require its director to focus on those things that do not capture his interest, which in the case of Menzies, as Kalat points out, included character, performance, or (though Kalat doesn't mention this) story -- the great shame of Invaders from Mars is that it was clearly inspired by, but just as clearly not written by, Ray Bradbury. The disinterest in these elements in Things to Come is in fact part of its ambition (excluding, perhaps, performance, as actors such as Ralph Richardson and Raymond Massey have to struggle to bring anything to the screen, and even if their efforts are lost, they're still appreciated). The film is structured as a series of vignettes that take us through the depths and heights of a Western civilization in flux over the course of a century. It is sort of a dramatization of a history that didn't happen, though we only know that now. At the time, it was a straight prediction (Wells knew there was a big war coming, for instance, though in 1936 I'm not sure how many points he should get for that one). Characters don't mean much, some are only in it for their vignette, which might last only a few minutes. Actors might reappear, generally as the descendants of their earlier characters, but in terms of the performance required, Massey, for example, only needed to remember that he was playing the guy who was right about everything all the time. The positive side of all this is that it makes room for visionary science fiction, real science fiction, real extrapolation and thought and imagination. 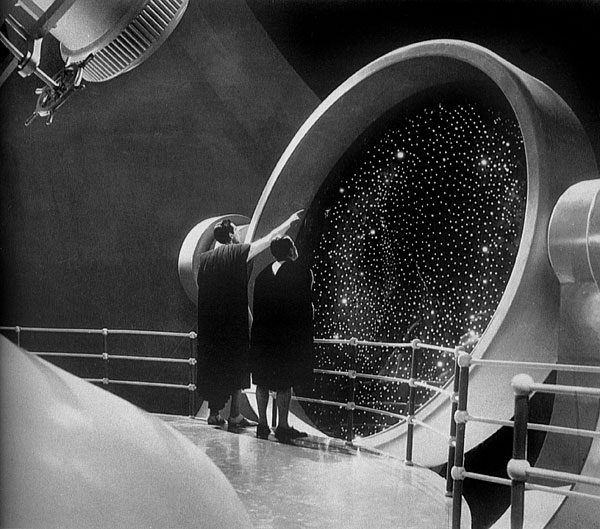 As a work of political lecturing, Things to Come is interesting in retrospect, as a piece of history itself, but I have a hard time taking any of it very seriously. This sounds rather dismissive of one of the giants of science fiction, I'll grant you, but I can't, one way or the other, get very worked up about what H. G. Wells, almost eighty years ago, thought was going to happen in about one hundred years. I mean, he was wrong. Now, the accuracy of prediction is not something I require of my science fiction. In fact, the stupidest criticism of 2001: A Space Odyssey ever written was the typically stupid Stephen Hunter's dismissal of Kubrick's film on those very grounds (the piece, which I've been unable to find online, was written, I believe, in 2001, and Hunter might as well have written "A-ha!" and left it at that). But when the predictions are off, the accompanying politics lose out, too. Of course, in a way this approach made it easier for me to enjoy Things to Come because if I did take Wells' philosophy more seriously I might have been outraged by his desire for a tyrannical Utopia. In his commentary track, Kalat points out that the scene in which the wonderful airborne Utopians use chemical weapons to put down their opposition, is rather alarming, yet rarely commented on. I was somewhat stunned to learn that this is rarely commented on. The fact that the chemical weapon in question is, laughably, sleeping gas, is pretty much irrelevant -- more relevant is the fact that the gas has, somehow, killed the one guy the Utopians are really better off being thoroughly rid of. But Wells chatted with Stalin, so you can hardly say the man, good intentions or no, was as clear-eyed about things as he liked to believe he was.

But Things to Come wins out in the end, because Wells had a ferocious imagination (just think about all the science fiction concepts that are as common to that genre as ghosts and vampires are to horror that Wells did first), and here he was joined up with the technical genius of William Cameron Menzies and the outsized ambition of Alexander Korda. And even if Things to Come is wrong about where we've come in the last eighty-some years, it is specific and thoughtful enough about the time in which it was made, that the filmmakers were building from, to achieve its own historical significance, and its own place in the annals of 20th Century imaginative philosophy.
Posted by bill r. at 12:08 PM

An excellent account of the film. It is indeed not much than a 'series of vignettes,' and Wells exercised such control over it (he knew little of screenwriting or film production) that the whole thing has a sort of stillborn feeling.

There is one interesting way, though, in which it got things (if not people) right -- the "televisor," which we see both as large outdoor panels and as a little screen on a clear plastic desktop stand. I've posted some background on these devices over on my blog.