This is going to be a tough one. I didn't feel much of a spark from any of these films, negative or positive, even though all are highly regarded to one degree or another. I'm just gonna have to plow on through, though. 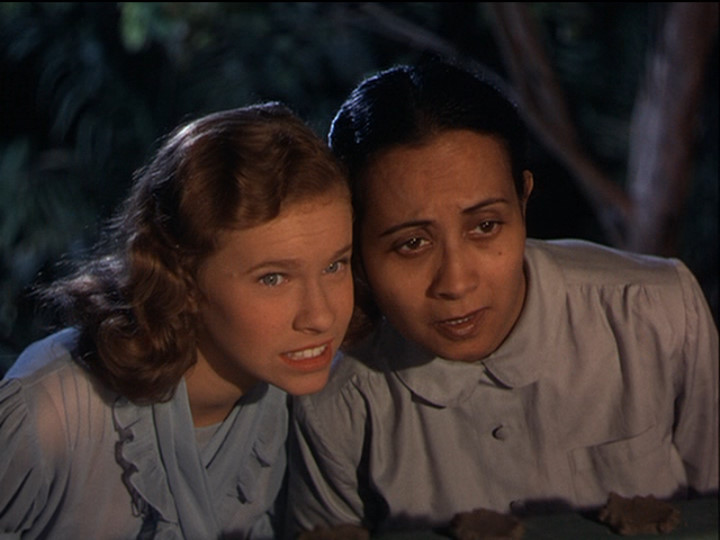 The River - d. Jean Renoir (1951) - Is it me? I was looking forward to this film -- not least, I admit, because Wes Anderson cited it as a major influence on his marvelous The Darjeeling Limited -- but as I watched it I just...sat there. It looked beautiful, of course. And I realized that the lovely Adrienne Corri, who plays Valerie, was the same woman from that scene in A Clockwork Orange. And Arthur Shields looks an awful lot like my doctor. But it's...it's a bit limp, isn't it? I mean, as drama? I feel horrible even saying that, but Rick and Marilyn have assured me that it's not just me (although their objections to the film are slightly different from mine). The film just seemed to plod along, offering a flourish here and there (like Melanie's dance), lightly pulling the characters apart until tragedy and rebirth could bring them back together. Fine, but... My Favorite Year - d. Richard Benjamin (1982) - I can't imagine I'll get into too much hot water for being dismissive of Richard Benjamin's ouvre, but this film is held up as something of a comedy classic. And I can see why, as it must represent the end of an era, to a degree, in that I can't remember the last time a comedy of this classic type was released. Add to that a terrific performance from Peter O'Toole, and, well, no, because I didn't laugh very much. Look, early on the film, Bill Macy, the head writer of a Your Show of Shows-style comedy program, comes into the writer's room. He says hello to two other writers, played by Jessica Harper and Basil Hoffman. He asks a question, and Basil Hoffman whispers into Jessica Harper's ear, and Harper gives Macy Hoffman's answer. Macy says something along the lines of "What's wrong with you, anyhow?" Now, this is the first time we've seen these characters, but it's not the first time they've seen each other, and this quirk of Hoffman's is not otherwise presented as something he developed overnight. So Macy knew about it. The filmmakers just wanted to highlight it for the audience, and remind us that they realized that Hoffman's behavior was unusual and hilarious. And what I call that is sloppy. This is still better than Laughter on the 23rd Floor, however. 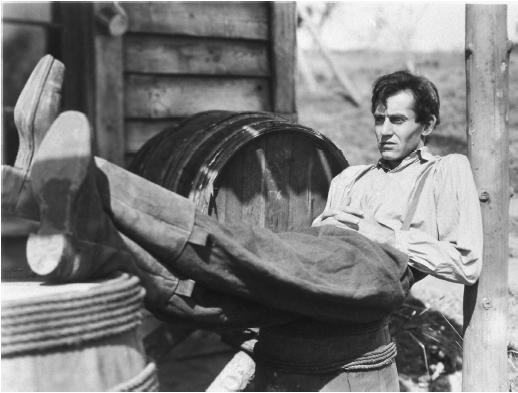 Young Mr. Lincoln - d. John Ford (1939) - Okay, how do I get out of this one? Well, no, I liked this film. If you could ever say about an actor that they were born to play Abraham Lincoln, you could say it about Henry Fonda (not Liam Neeson). He's effortless here, and Ford offers many beautiful touches, my favorite being the shot, after the killing that will end up driving the film, of a clearing at night, a body lying on the ground, and gunsmoke slowly drifting above it. But a lot of excuses have to be made to onself while watching the courtroom scenes, entertaining as they are. Does it matter that they're not remotely realistic? Probably not. This film plays out like a folktale anyway (I was reminded of William Dieterle's The Devil and Daniel Webster) and seen from that angle it works like gangbusters. But really, what's up with Abraham Lincoln cheating at tug-of-war??
------------------------------------------------------------------------------------
NEXT IN THE QUEUE: Kill Baby...Kill!, Salesman, and My Darling Clementine
Posted by bill r. at 5:13 PM

I've never seen "Young Mr. Lincoln," but "My Favorite Years" is one of my favorites (get it? favorite year is a favorite? sometimes I crack myself up) I think you're expecting realism when the filmmakers are delivering archetype. That's a bit between Macy and Hoffman and Harper, not plot or character development. The key to "My Favorite Year" is that it tells a story of the golden years of comedy in the mode of the golden years of comedy.

As for your perspicacious and very germane comments about "The River," I couldn't agree more. It does kind of lay there in a lump. Good Renoir can be overwhelming in effect. This flat-lines

Yeah, I know the style that My Favorite Year is shooting for -- I even appreciate it -- and I shouldn't have focused on that one scene. I was honestly scrambling a bit for something to talk about, because I was so underwhelmed. My problem with My Favorite Year really just comes down to this: I didn't laugh much.

Bill - I personally like My Favorite Year but don't love it. The worst part for me is Benjy (Mark Linn-Baker). I can't stand his character or Baker's performance. I just wanted him to go away everytime I saw him.

But Joseph Bologna was great! He's freakin' fantastic as King. I love his scenes ("Sy you smell something. It's coming from the script...") and Bill Macy's pretty great too I thought. I would have liked to have seen more of them and less of Benjy.

That said I know it's over the top and not for everyone. I laugh at about half of it, the other half leaves me cold. And that "silly goddamn hero" speech of Benjy's makes me want to puke. Did I mention I hate Benjy (and Mark Linn-Baker)?

But Bologna I love ("So what you're saying is, if I don't like something, like say... this coat, I just get rid of it. Hey you know you're right. I do feel better! I like the removal businesss!").

Bologna was great, I agree. All of the actors did good work, and I didn't even mind Mark Linn-Baker that much. But honestly the only moment that I can remember making me laugh out loud was early on when O'Toole finally turned up in the writer's room, drunk, and said, "If I was drunk, could I do this?". And then sort of tumble-flopped onto the table.

I also like the bit in the lady's room.

Matron: This is for ladies only!

O'Toole: [unzipping fly] So is this, madam, but every now and then I have to run a little water through it.

Have any of you seen a production -- either on stage or the TV version starring Nathan Lane -- of Neil Simon's Laughter on the 23rd Floor? Oh my God, that thing is deadly. As I remember it, the Neil Simon surrogate is a quiet, humble genius who is, in fact, not funny at all. Neither is anybody else.

And hey, guess what? I just looked up the TV version on IMDB, and it was directed by Richard Benjamin. And Mark Linn-Baker's in it.

But I take it it's intended as a comedy and fails miserably.

Another Benjamin/Baker team-up. Wow! Let me mark my calendar!

[marks calendar] "from now until end of time actively avoid Laughter on the 23rd Floor. For god sakes, don't watch it!"

Yes, I should have been more clear. Here, I'll try again: Laughter on the 23rd Floor is a comedy (well, it's really a dramedy); however, it fails at any point to be in the least bit amusing, and in fact is quite unpleasant to watch.

I also should have stated (and I suppose I guess everyone either knew this, or that I'd implied it somewhere) that the Neil Simon play is also based around a TV show like Your Show of Shows, which, of course, Simon wrote for.

I'm glad I marked my calendar.

I quite like My Favorite Year, but can also see the flaws you point out-- there's definitely a late-seventies sitcom feel to some of the comedy. I will defend Mark Linn-Baker (now there's something I thought I'd never type, especially after the horrors of Perfect Strangers) in the scene when he and the girl he likes are watching the movie in the writers' room, eating chinese and talking about the Ritz Brothers: it's the only time MLB seems relaxed instead of forced and manic.

Mostly, I like Year because Peter O'Toole is great, and I love Errol Flynn, and had fun with the movie's pastiche of his life.

Sorry for the length of this comment, but one more thing-- I love Bill's connection between Lincoln and Devil And Daniel Webster-- the idea that the former is some kind of rural fantasy or fable really clarifies the movie for me (although I liked it before, too).

Thanks, Brian. Once I made the connection to The Devil and Daniel Webster, the film clarified for me, as well. Like I said, without that, a lot of excuses need to be made for Young Mr. Lincoln, but once that connection is made, as far as I'm concerned, no excuses are necessary.